The Printek FormsPro 4500se Dot Matrix Printer, 91190, with Standard Serial/Parallel interfaces and ImagerPlus Interface, can solve some of your toughest printing problems and automate most paper handling functions. You will print with greater legibility and unsurpassed reliability.

The Printer has a single set of straight-up tractors. This allows for easy forms insertion. Add to that the draft speed of up to 530 cps, the FormsPro 4500se can print a typical 1,000 character document in less than five (5) seconds. That is over 700 documents per hour. 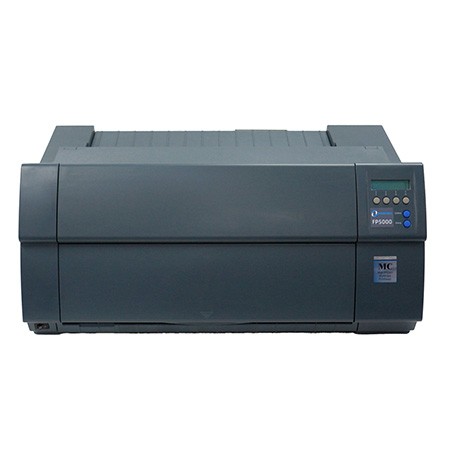